Expert insight: Why DevSecOps and what’s different about it? (Part 2) – Security is not a ‘consideration’

Aiming for a faster, higher-quality, software development lifecycle (SDLC), DevOps has become the mainstream approach in recent years. Utilising Agile methodologies, development and operations teams collaborate throughout the entire process of developing, deploying, and managing applications. Alongside the growth of DevOps, there’s an increase in cloud migration, sophisticated cloud-native infrastructures and using a microservices approach with organisations eagerly adopting containerisation and kubernetes. The very nature of the new SDLC approach and these advances means security is not a ‘consideration’; it cannot be the ‘add on’ or afterthought. It is far more than that.

Here are three glaring examples of why DevSecOps – security as a central part of the entire lifecycle – is essential:

*To be continued in Part3* 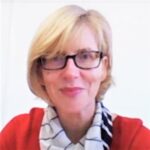